Want to receive updates to your email?

Report a medical injury or discrimination

Start by selecting your state

Want to receive updates to your email? The United Kingdom rolled out financial compensation for individuals and families harmed by the COVID-19 vaccine worth nearly $150,000. 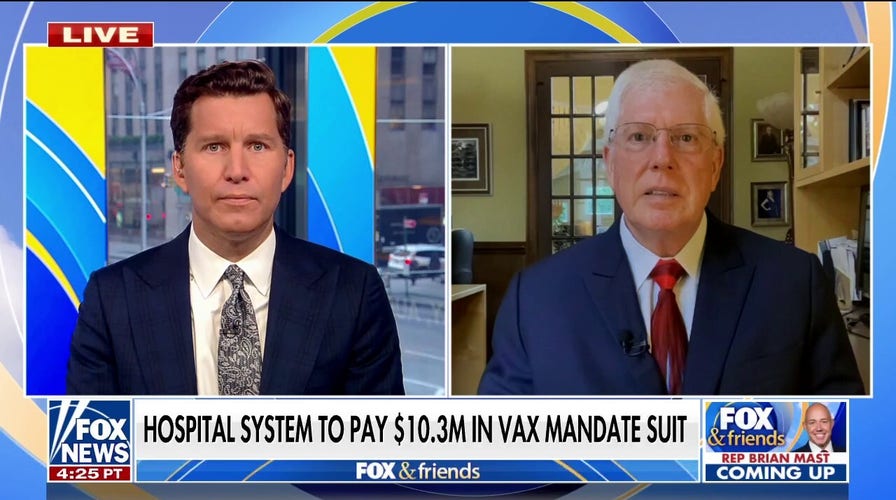 A top U.S. biosecurity lab is taking responsibility for signing “poorly drafted” agreements with three high-level biosecurity labs in China that they concede may have broken the law.

Biden’s Bounty on Your Life: Hospitals’ Incentive Payments for COVID-19 Doctor testifies under oath of perjury that COVID was created as a bio weapon.

Oral arguments made on the Griner vs. Biden case; Federal Court decision pending. Join Greg Hunter od USAWatchdog.com as he interviews Dr. David Martin, the top expert in the ongoing and unfolding CV19 vax genocide and litigation for 6.21.22. The U.S. Department of Health and Human Services (through CDC, NIH, NIAID, and their funded laboratories and commercial partners) had patents on each proposed element of medical counter measures and their funding, Dr. Fauci, Dr. Gao (China CDC), and Dr. Elias (Bill and Melinda Gates Foundation) conspired to commit acts of terror on the global population – including the citizens of the United States.

This Executive Summary provides a brief review of the felonious actions of a criminal organization and its flagrant attempt to extort and obtain control over the global population. It has sought to do so by creating patented bioweapons marketed as novel viruses and immunizations ... immunizations hailed as health security for the world in the 21st century – titled by them as “The Century of the Vaccine.” The facts detailed in this Executive Summary are part of the public record and are identified herein as primary source material. Griner, MD, Plaintiff v. Joseph R. Biden and the US Department of Health and Human Services “Led by humanity’s Unquenchable Light, we pledge to live as stewards of our sanctuary Earth; to honor the inalienable value of the creativity intrinsic to all; to orient our actions to the removal of barriers of access and opportunity; to define our wealth by our character rather than our artifacts; and, to fully live in abundant grace in a spirit of tolerance and mercy; so that we, dwellers of Earth, may be embraced in the illumination of everlasting glory. Amen.”

Invocation prayer given by Dr. David Martin to the Young Presidents' Organization at Carpenter’s Hall in Philadelphia, location of the first Continental Congress on the anniversary of the dedication prayer to commence the gathering in 1774.